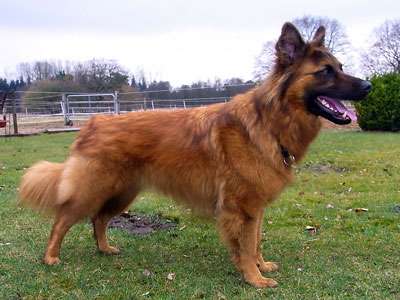 The German Shepard is one of the most beloved dog breeds known. Their loyalty and devotion is one of the most cited traits, as well as one of the most desired. But the German Shepard breed, or Alsatian as it’s also known, has far deeper complexities to its nature and build than the distinct loyalty. For breeders, it’s important to be aware of these things. Those bred in America may be more positioned for dog shows and have a calmer disposition. On the other hand, those bred in Germany are often for the dog’s working abilities. Before the dog can be bred in Germany, it must undergo a series of tests to ensure that it lives up to the standard expected of the breed; this makes for a more outgoing and energetic variant.

An important factor of the dog’s general nature is that it thrives in company, attention and stimulus. Breeders ought to be aware of this; as if the dog is left unattended without stimulus material it can become anxious, bored and aggravated. If left too long, the dog will often start creating its own activities through chewing things and digging. Depending on where the dog is left, this has the potential to make for most displeased owners. Ideally, the dog should receive mental and physical exercise on a daily basis. This can take the form of training and commands, with the addition of being able to run and stretch the legs. If you expect that the dog may be left for periods of time unattended, then incorporating this into training can go far in the long run. By teaching the dog that despite being left alone, you the owner will always return, that can be soothing and reduce anxiety. This is the sort of training that should be done from early years and built up slowly over time, up to such a point that being left alone will not cause any issue.

Of equal importance to note is the breed’s ability to make fantastic watchdogs and guards. However, this is a double edged sword for many people. Unless well trained and given experience of other people and dogs from the puppy years, the adult can be very edgy and suspicious of others, even hostile at times. With the powerful body of an adult male, coming with a muscular chest from 60-65cm and weighing up to 40kg, this is not the sort of dog you want to have developing an anti-social disposition. Frustrations and hostility will only be to the detriment of the dog’s health. This is why proper exercise to vent energy along with training to create a more disciplined dog is essential.

One of the less exciting traits about the Alsatian is its penchant for barking. That is to say, unless it’s primary role is that of guard dog. However, for most people this won’t be the case, and as such the “quiet!” command is one of the more recommended training stages. Previously mentioned was chewing, there won’t always be much you can do to prevent his, but you can facilitate healthy chewing. This is done through bones and chew sticks to ensure what they are chewing won’t do any damage to their teeth, or your home!